A small three-month-old pit bull was rescued in October 2016 after being found in the rain, tied to a tree. The puppy had mange. Moved by the scene, firefighters from the Sacramento Fire Department in Sacramento, California, (United States), decided to take the little boy to the station to attend him.

Mike Thawley and his team picked him up and took him back to the fire station. They named him Chunk, gave him a nice comforting bath, and kept him warm. The firefighting team considered that it would be best to take the little one to a shelter where they could properly care for his injuries.

Chunk had lost most of his fur due to mange, so firefighters took him to the Front Street Animal Shelter , where they were sure he would receive treatment and possibly a new home.

According to Shareably , the shelter focused on treating his scabies and gave him clothes to protect him from the cold until his hair grew back. His scabies was mild, but his recovery would take some time.

Mike Thawley, the firefighter, kept thinking about Chunk and returned to the shelter the next day. Chunk evidently had not forgotten and greeted him with such enthusiasm and happiness. 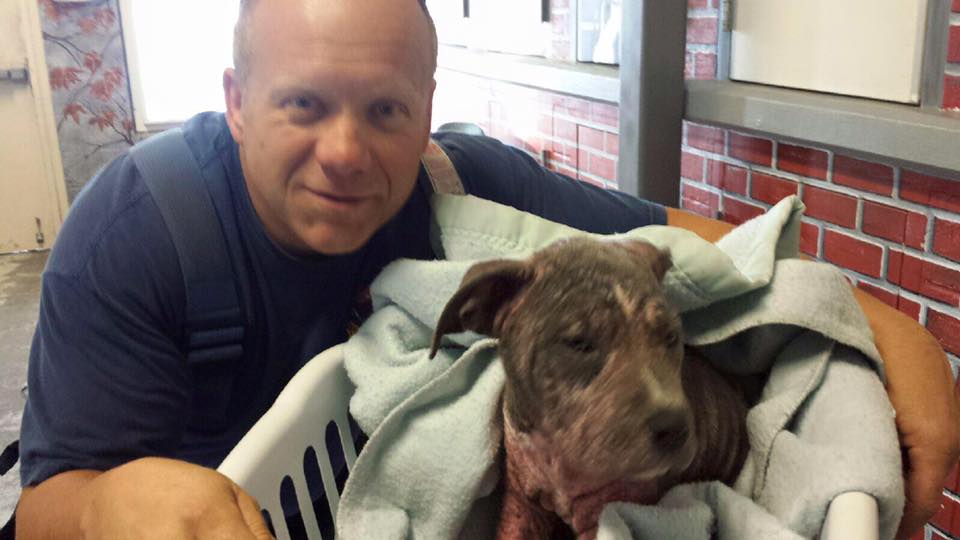 The firefighter fell completely in love with Chunk and after taking his family to the shelter to meet the puppy, he decided they wanted to take him home. During the process, Mike, his wife Carla, and their three daughters decided to take care of Chunk during his rounds of treatment for his non-contagious type scabies.

After 4 months of waiting since his arrival at the shelter and as soon as his scabies treatment was finished, the little pit bull was able to officially go home with Mike and his family. 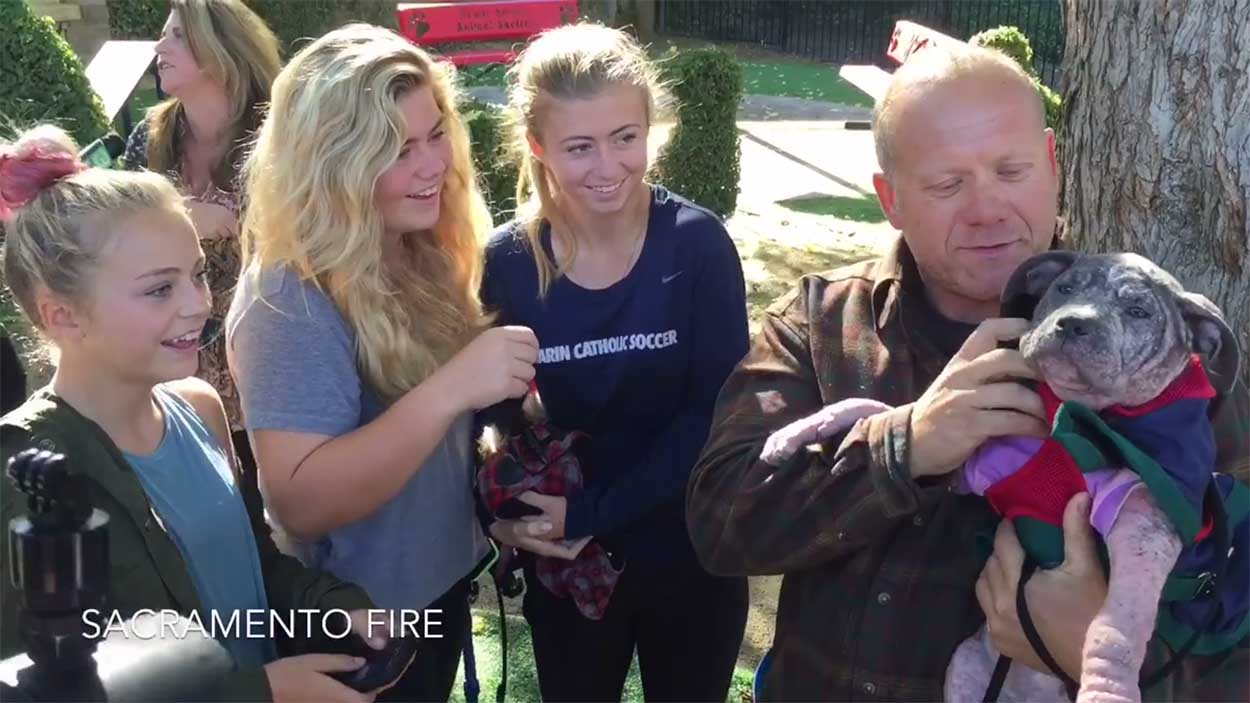 “I think the good thing about this whole story is that this dog not only found his forever home, but he had the opportunity to go to a foster home, which we are always looking for in our shelter, to be happy and healthy.”

View all posts by gazetatinfo →